Home / Environmentalism, Fantasy and Intersectionality: A Comparison Between the US and the EU

Environmentalism, Fantasy and Intersectionality: A Comparison Between the US and the EU

Ethics and Living with Environmental Challenges

Rebuilding in a Post-apocalyptic Era

Pedagogical Approaches to Sci-fi and Intersectionality

This conference takes up the question of how fantasy and science fiction are used to address minority issues, specifically as they relate to environmental concerns in the European Union and the US. Scholars will gather from the EU and the US to present and discuss work on female and ethnic minority authors and directors using fantasy to engage with environmental issues, and the impact of human society on environment. Conference panel themes include: “Rebuilding in a Post-apocalyptic Era,” “Race, Class and Future Inequalities”, “Ethics and Living with Environmental Challenges”, and “Pedagogical Approaches to Scifi and Intersectionality”.

As prelude to the conference, films Snowpiercer and Children of Men were screened in UNC-CH’s FedEx Global Education Center.

Ethics and Living with Environmental Challenges

Rebuilding in a Post-apocalyptic Era

Pedagogical Approaches to Scifi and Intersectionality

Samuel Amago teaches courses on modern and contemporary Spanish literary history, cinema, comics, and culture at the University of Virginia, where he is Professor of Spanish and Chair of the Department of Spanish, Italian, and Portuguese.

Michele Tracy Berger, Ph.D, is associate professor in the Department of Women’s and Gender Studies at UNC-Chapel Hill and former Director of the Faculty Fellows Program at UNC-Chapel Hill’s Institute for the Arts and Humanities. Her research, teaching and practice all focus on intersectional approaches to studying areas of inequality, especially racial and gender health disparities.

Paul Buchholz is Associate Professor of German at Emory University. He is author of Private Anarchy: Impossible Community and the Outsider’s Monologue in German Experimental Fiction (Northwestern University Press, 2018).

Deniz Göktürk is Associate Professor of German at the University of California at Berkeley. Her research areas are cultural and media studies with a focus on moving images, multilingual literature, and theories of migration, social interaction and aesthetic intervention in a global horizon. She is author of the forthcoming Framing Migration: Seven Takes on Movement and Borders and co-editor of Germany in Transit: Nation and Migration, 1955-2005 and The German Cinema Book.

Priscilla Layne is Associate Professor of German at the University of North Carolina at Chapel Hill. She received her PhD from the University of California at Berkeley in 2011. Her book, White Rebels in Black: German Appropriation of African American Culture, was published in April 2018 by the University of Michigan Press.

Eliza Rose teaches Central European Studies in the Department of Germanic & Slavic Languages and Literatures at UNC Chapel Hill. Her areas of research are literature, art and film from East and Central Europe with a regional focus on Poland and a thematic focus on science fiction. She investigates how visual culture expresses changing attitudes toward science, technology and industry in the Socialist Bloc. She considers how utopian thought outlived the Stalinist period and persists today. She is an author of science fiction, and her stories can be found in Interzone, The Magazine of Fantasy and Science Fiction, and Galaxies SF.

Susan Thananopavarn is a Lecturing Fellow in the Thompson Writing Program at Duke University. Her book, LatinAsian Cartographies: History, Writing, and the National Imaginary, explores how Asian American and Latina/o literature can rewrite dominant narratives of U.S. history. Her work can also be found in Aztlán, The Lion and the Unicorn, and the Oxford Encyclopedia of Asian American Literature and Culture.

Evan Torner is Assistant Professor of German Studies at the University of Cincinnati, where he also serves as Undergraduate Director of German Studies and the Director of the UC Game Lab. He is co-founder and an Editor of the journal Analog Game Studies. His primary fields of expertise include East German genre cinema, critical race theory, science fiction, and role-playing games.

Gabriel Trop is Associate Professor of German at UNC-Chapel Hill.

Courtney Woods is an assistant professor of environmental sciences and engineering at UNC Gillings School of Public Health. Courtney applies community-driven approaches to understand the impacts of industrial pollution and solid waste on communities of color. She is also a co-founder of a POC-led cooperative called Earthseed Land Collective.

Natasza Gawlick is a graduate of Simmons College, where she wrote her honors thesis on the way cinematic qualities facilitate an exploration of German victimhood in Günter Grass’ Im Krebsgang. She is now a second year PhD student in the Carolina-Duke Graduate Program in German Studies. Her research focuses on 20th Century Roma and Sinti literature, and modernism and trauma studies with a particular focus on Papusza, Mariella Mehr and Rajko Djuric.

Nancy Carr is a graduate of Sweet Briar College and a doctoral candidate at the University of South Florida’s College of Education. Currently, she is working on her doctorate, entitled First-generation Doctoral Students’ Perceptions of the Doctoral Experience in USF’s Curriculum & Instruction program with an emphasis on Adult Education. Her other research interests include adult learning theories and curriculum development. She is passionate about designing innovative learning solutions in order to encourage equal access to transformational learning within higher education.

Edana Kleinhans is graduate of Mount Holyoke College and a PhD Candidate in the Carolina-Duke Joint Graduate Program in German Studies. Her dissertation, The Kingdom of Venus, focuses on love and politics in four female courtly biographies of Habsburg noblewomen, including the Empress Maria Theresia, the Archduchesses Kunigunde and Margaretha of Austria, and Queen Johanna of Castile. Her research focuses on gender, diversity, manuscript studies, and literary and cultural studies in medieval and early modern German literature.

Lukas Hoffman is a graduate of the University of Colorado, Boulder, where he wrote an honors thesis on the structural affinities between Augustinian theology and Adorno. He joined the Carolina-Duke Program in 2016 and is currently writing a dissertation on poetics, politics, and religion within German Modernism, where he focuses specifically on the poetry of Else Lasker-Schüler, Georg Trakl, Rainer Maria Rilke, and Paul Celan. His other research interests include philosophical aesthetics, mystical theology, and critical theory. 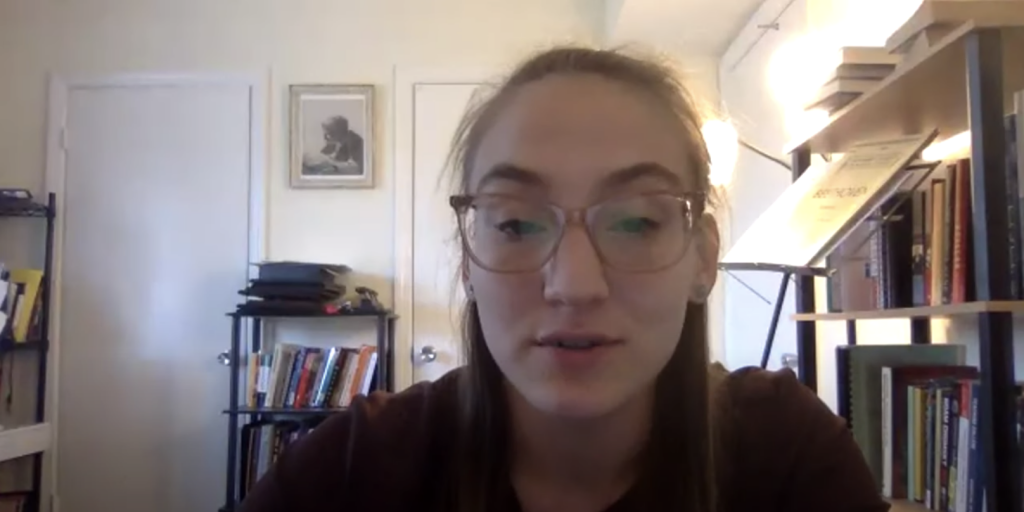 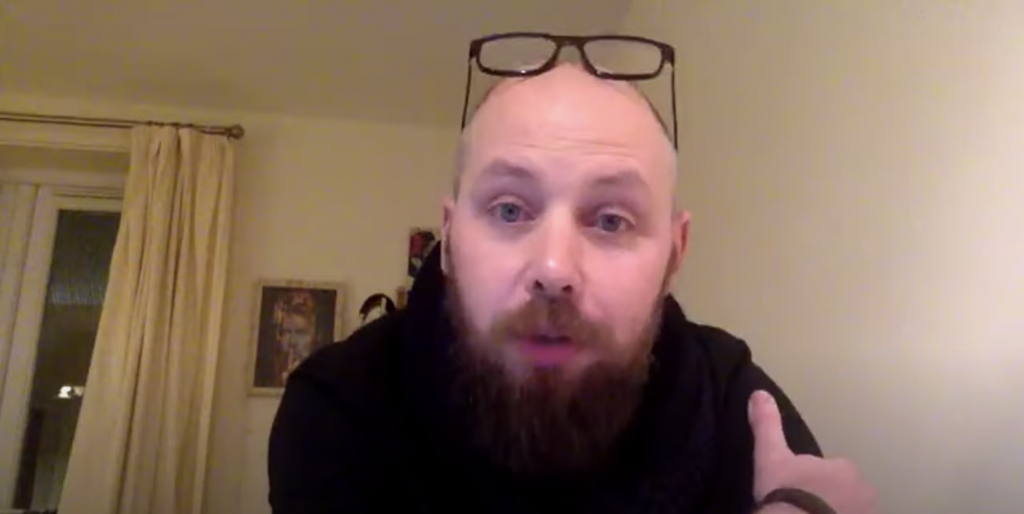 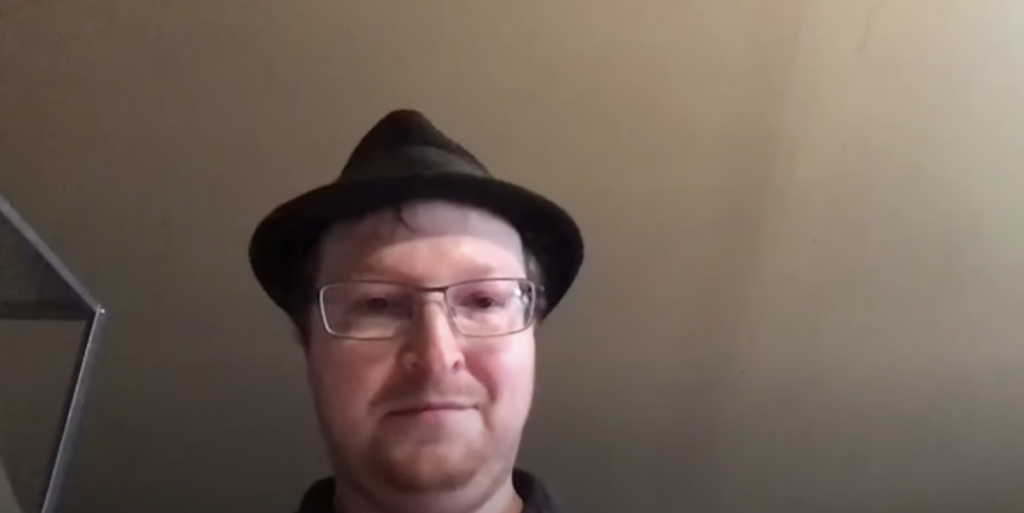 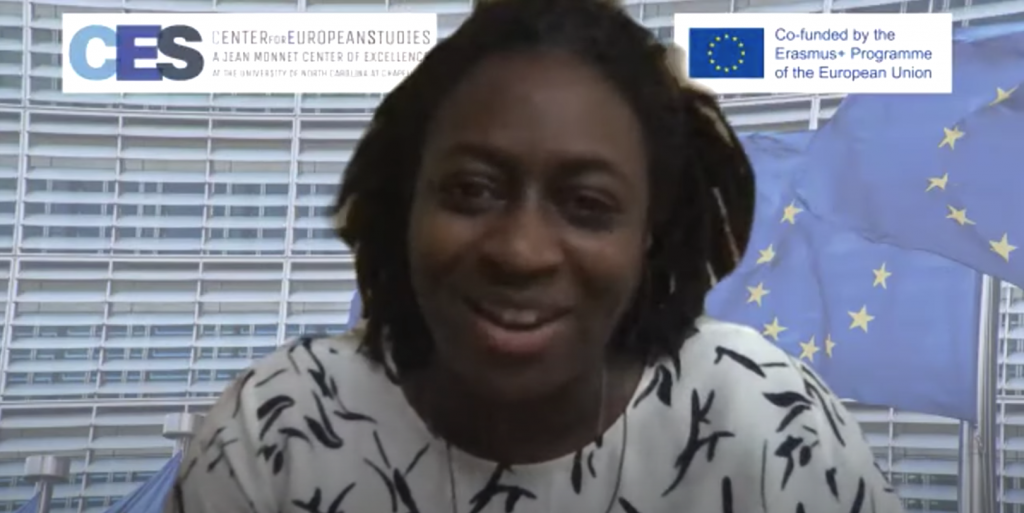 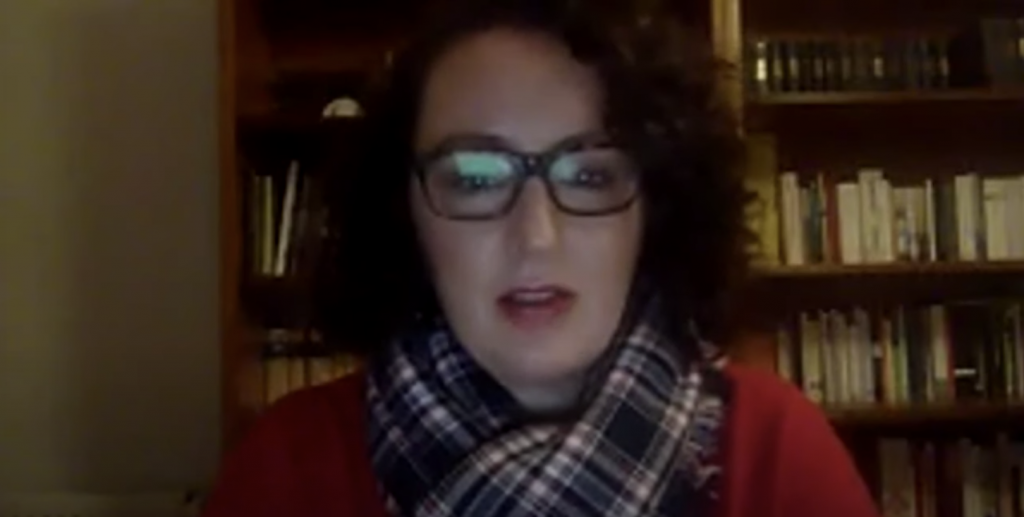 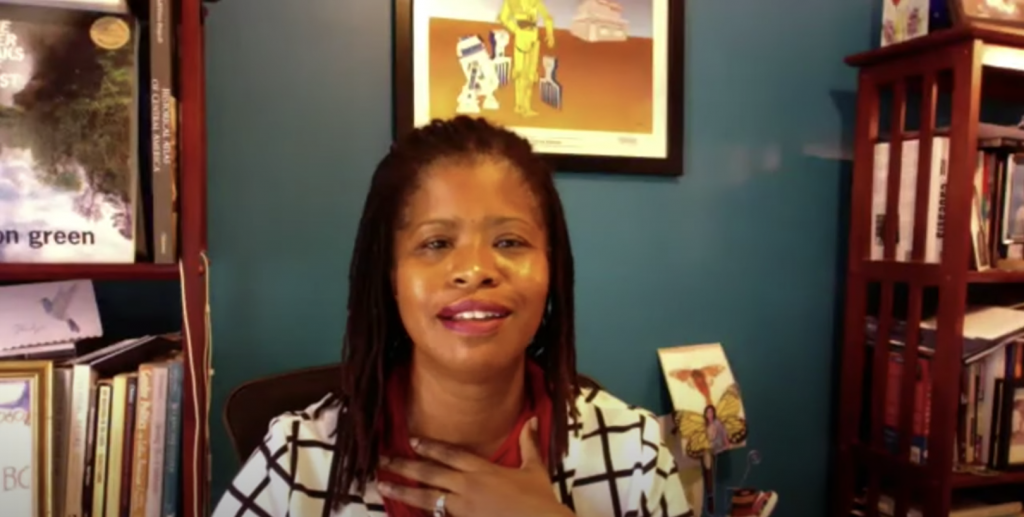 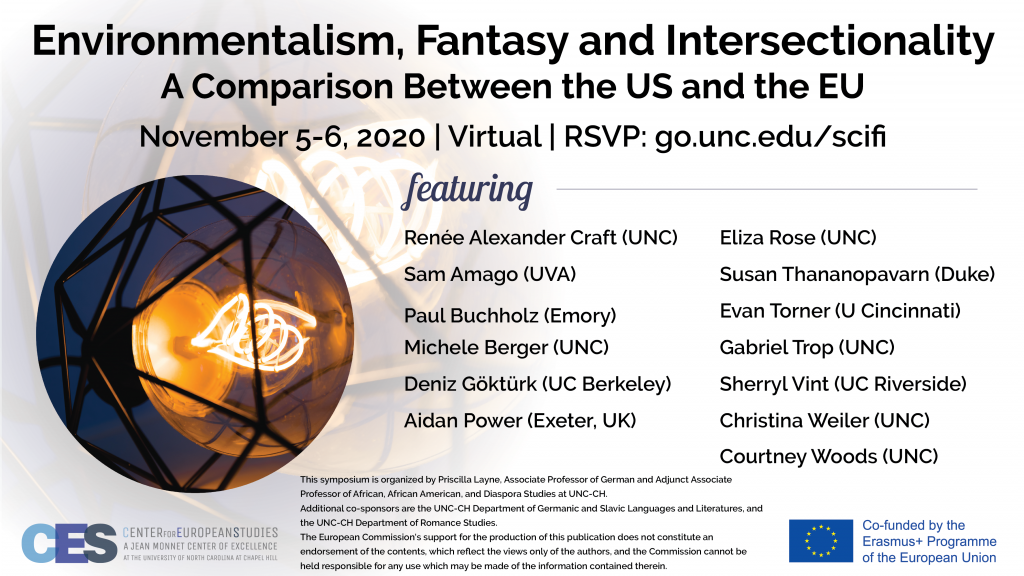 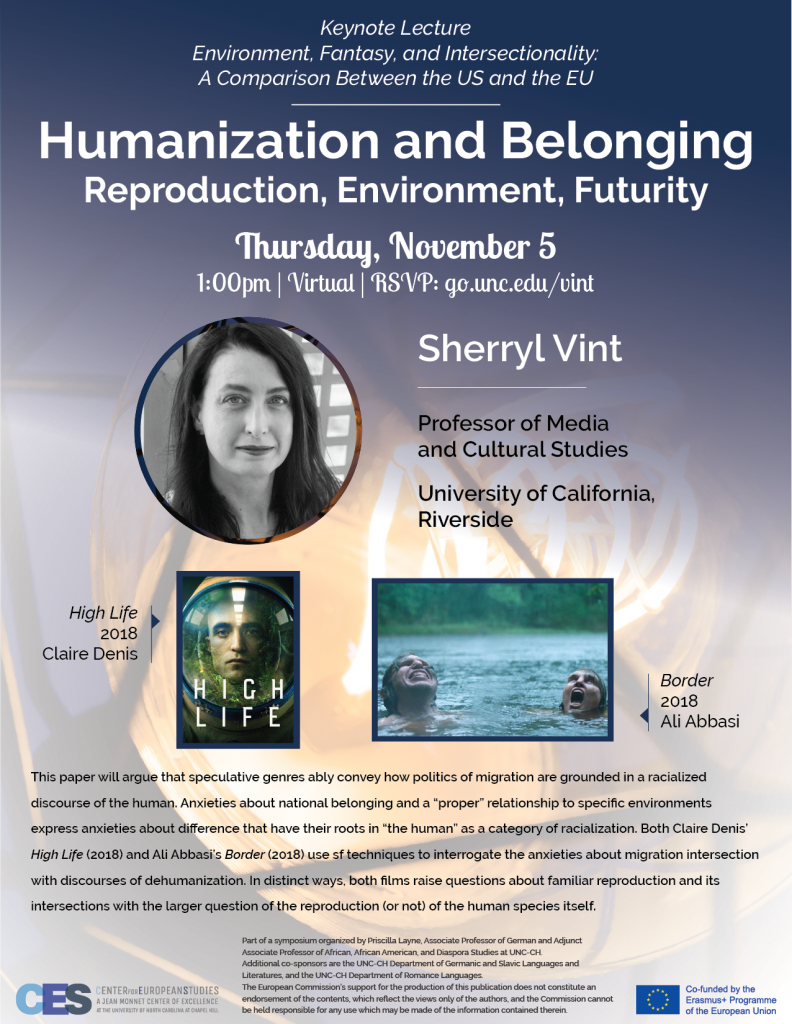