The 2019-2021 EUnited program includes 12 key staff members. These faculty serve in five different departments–Political Science, History, Geography, German Languages and Literatures, and Romance Languages and Literatures–as well as the University Libraries and the Center for European Studies. Together the Key Staff bring a wealth of experience and diverse perspectives on key issues relating to Europe and the European Union. Key Staff Members will provide expertise on issues including European integration, populism, and minorities in the EU during orientations and webinars with fellows. 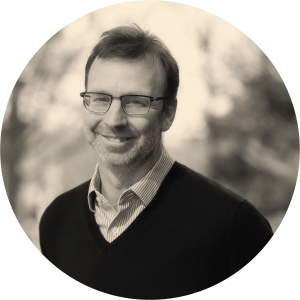 Chad Bryant is Associate Professor of History. He studies the socio-cultural history of Central and East European EU member states from the 18th century to the present. His research focuses on the Bohemian Lands, most of which constitute the Czech Republic. His first book examined the ways in which Nazi rule transformed nationality politics and national identities in the Bohemian Lands. He published, with Paul Readman and Cynthia Radding, a collection of essays entitled Borderlands in World History, 1700-1914 that emerged from UNC’s ongoing collaboration with King’s College London. He is currently writing a history of Prague in the modern era that is under contract with Harvard University Press. He teaches undergraduate courses on Habsburg Central Europe, and modern global history as well as graduate courses on Eastern European history. 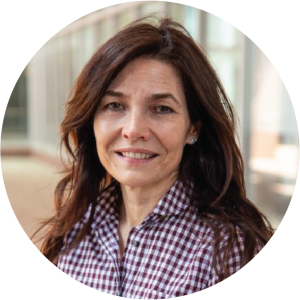 Joanneke Elliott is African Studies and West European Studies Librarian at UNC. She is also the coordinator for the First Year Seminar Scavenger Hunts in UNC’s Davis Library. After pursuing degrees in Cultural Anthropology and Library Information Sciences she has worked in many different types of libraries. Her main interests are library instruction, information literacy and identifying new ways to introduce users to the library. She serves on several professional committees for the European Studies Section of the Association of College & Research Libraries which promotes the improvement of library services and supports study and research in European affairs. 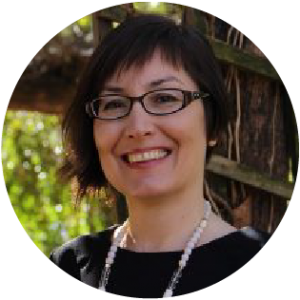 Banu Gökarıksel is Professor of Geography and Global Studies, and the Caroline H. and Thomas S. Royster Distinguished Professor for Graduate Education at The Graduate School. Her main interests are the politics of Muslim identities and spaces, with a focus on the intersections of religion and gender. She has been conducting multimethod research in Turkey and Europe since 1996. Her research has been supported by the National Science Foundation and the National Geographic Society. She has published more than twenty five articles and book chapters and edited two special issues of journals. She is currently working on a book about how a heightened sense of sectarian divisions are affecting everyday life and relations between neighbours in urban Turkey. She is also co-editing a book on feminist geography and a special issue on Muslim women’s geographies for the journal Political Geography. 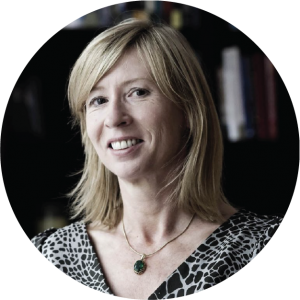 Liesbet Hooghe is the W.R. Kenan Distinguished Professor of Political Science at UNC, and Robert Schuman Fellow at the European University Institute, Florence. She is the past Chair of the European Politics and Society Section of the American Political Science Association and of the EU Studies Association. Her interests lie in European integration, multilevel governance, decentralization, international organization, and political parties. Recent books include Measuring International Authority (Oxford University Press, 2017, multi-authored), Community, Scale and Regional Governance (OUP, 2016 with Gary Marks), Measuring Regional Authority (OUP, 2016, multi-authored), and The European Commission in the 21st Century (OUP, 2013, multi-authored). She is the co-editor of a series on Transformations in Governance with OUP. 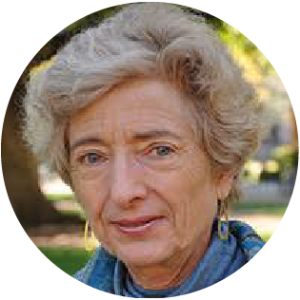 Evelyne Huber is the Morehead Alumni Distinguished Professor of Political Science. She is the author and co-author of five books, including Capitalist Development and Democracy (with Dietrich Rueschemeyer and John D. Stephens, 1992); Development and Crisis of the Welfare State (with John D. Stephens, 2001); and Democracy and the Left: Social Policy and Inequality in Latin America (with John. D. Stephens, 2012), all winners of book awards. She has also contributed articles on social policy and political economy in the EU and Latin America to leading journals in political science and sociology. She received an Honorary Doctorate from the University of Bern in 2010. 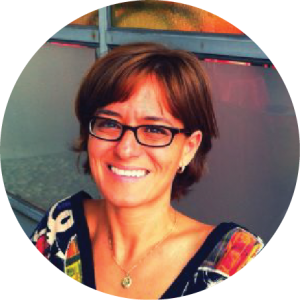 Serenella Iovino is Professor of Italian Studies and Environmental Humanities in the Department of Romance Studies at UNC. She is a research fellow of the Alexander-von-Humboldt Foundation and of the Rachel Carson Center for Environment and Society. Her work is recognized in the fields of ecocriticism and environmental humanities in the EU and US. She has published in cultural landscapes, bioregionalism and place ethics, posthumananism, feminist ecocriticism, Mediterranean studies, new materialisms, and environmental justice. She also investigated the relationships among philosophy, literature, and the natural sciences in 18th-19th-century Germany in essays and two publications on the Age of Goethe. A plenary speaker at conferences, seminars, and events at academic institutions in Europe, the US, China, Australia, Taiwan, in 2014 she was the holder of the “J.K. Binder Lectureship in Literature” at the University of California, San Diego. Prof. Iovino works with academic organizations such as EASLCE (as co-founder and Past President), ASLE, AAIS, MLA, and sits in international committees for literary prizes and initiatives related to environmental culture and education. 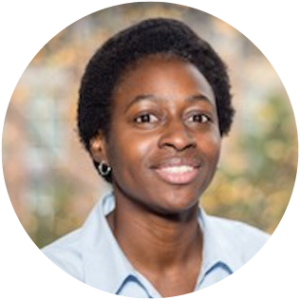 Priscilla Layne is Associate Professor of German, Adjunct Assistant Professor of African, African American and Diaspora Studies, and affiliated with the Global Cinema Studies Program. She has guest lectured at Eberhard Karls Universität in Tübingen and at Universität Bremen. Layne focuses on sci-fi, cinema, and Black culture in Germany and Europe. Her first book, White Rebels in Black: German Appropriation of Black Popular Culture, is forthcoming 2018 from the University of Michigan Press. She is also the co-editor of the volume Rebellion and Revolution: Defiance in German Language, History and Art (2008). She is working on a monograph, Out of this World: Afro-German Afrofuturism. She will hold a Fellowship at the American Academy in Berlin in fall 2018. She has published articles on German film, literature, translation and music in German Studies Review, the Women in German Yearbook and Colloquia Germanica. 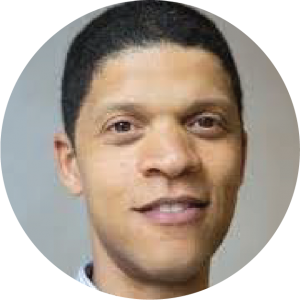 Rahsaan Maxwell is Associate Professor of Political Science. He specializes in the politics of immigration and racial, ethnic and religious conflict in the European Union. In particular, he focuses on the determinants of successful (or unsuccessful) integration of immigrant, racial, ethnic and religious minorities into the EU. His book Ethnic Minority Migrants in Britain and France: Integration Trade-Offs was published by Cambridge University Press in 2012. His subsequent work has broadened to include a wider range of EU member states and has been published in academic journals, edited volumes, and think tank policy reports. He has received several external grants and fellowships and was a term member of the Council on Foreign Relations from 2010-2016.

Holger Moroff is Adjunct Professor at the Department of Political Science at UNC and lecturer at Leibniz Universität Hannover, Germany. He is affiliated with the Center for European Studies, the TransAtlantic Masters program, and the Contemporary European Studies Major at UNC. His main interests are the EU’s and Germany’s external relations and comparative political corruption. He is the editor or co-editor of three books, European Soft Security Policies (2002), Anti-Corruption for Eastern Europe (2010), The Oxford Handbook of German Politics (forthcoming), and published numerous articles. He is currently working on a project studying the use of anti-corruption rhetoric by populist movements. 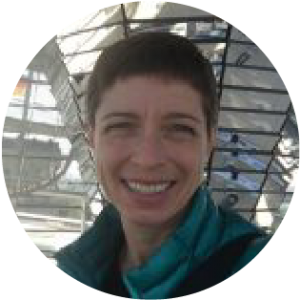 Layna Mosley is Professor of Political Science. She is an expert on the politics of the global economy. Her research and teaching examine the relationship between global capital markets and national governments’ policy choices. Her research focuses on EU states, where financial market-government relations have changed profoundly over time. In the 1990s, investors focused on the Maastricht Treaty criteria for EMU. In her work, she argues that, with the advent of the Eurozone, investors largely abandoned their worries about default risk. By 2009, economic and fiscal crises in various EU member states called into question the ways in which professional investors evaluated government debt, and the implications of these assessments for policymaking. Mosley has employed various types of statistical analyses in her research. She also draws on interviews with professional investors and government officials. In her historical work, Mosley has also drawn on archival materials from various European financial institutions. She recently published “Workers’ Rights in Global Value Chains: Possibilities for Protection and Peril,” in New Political Economy (2017). 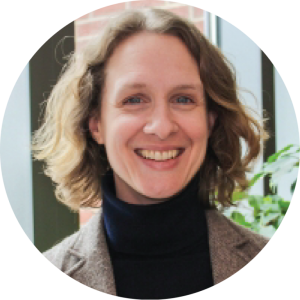 Katie Shanahan Lindner is the Executive Director of the UNC Center for European Studies, a Jean Monnet Center of Excellence. She is the Director of Undergraduate Studies and Advisor to the Contemporary European Studies (EURO) undergraduate major as well as Advisor to the student-led think tank on the EU, European Horizons. Ms. Lindner has over 20 years of experience in university-related project management, budgeting, evaluation, and communications. She oversees and manages all activities of the Center, including the Jean Monnet Center of Excellence grant, the “Getting to Know Europe” grant from the EU Delegation to the US, the US Department of Education Title VI National Resource Center grant and the Foreign Language Area Studies award, the TransAtlantic Masters Program, and all teacher outreach activities. Ms. Lindner’s role in the Jean Monnet “EUnited” Project will be to oversee that the project is completed as planned. She will ensure that the project is developed, administered, evaluated properly, that all deliverables are produced and disseminated, that the funds are used appropriately, and that all reporting is complete and accurate. John D. Stephens is the Gerhard E. Lenski, Jr. Distinguished Professor of Political Science and Sociology, Director of the Center for European Studies, Jean Monnet Center of Excellence, TransAtlantic Masters program, and Chair of the Contemporary European Studies Major. His main interests are comparative social policy and political economy, with area foci on Europe, North America, and the Antipodes. He is the author or co-author of five books including Capitalist Development and Democracy (with Evelyne Huber and Dietrich Rueschemeyer, 1992) and Development and Crisis of the Welfare State (with Evelyne Huber, 2001). He has also contributed articles to leading journals in political science and sociology such as “Postindustrial Social Policy,” with Evelyne Huber in The Politics of Advanced Capitalism (Cambridge University Press 2015). He and Evelyne Huber are currently working on a book on inequality, social investment, and employment in post-industrial, knowledge economies. 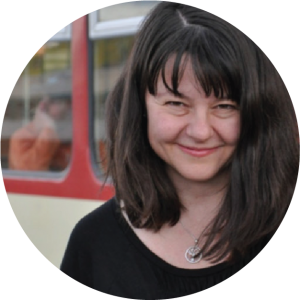 Milada Vachudova is Associate Professor of Political Science and Chair of Global Studies. She publishes on EU enlargement and political change in post-communist Europe. Her expertise includes European security, economic reform, corruption and rule of law. Her book, Europe Undivided: Democracy, Leverage and Integration After Communism was awarded the Stein Rokkan Prize for Comparative Social Science Research. She is working on a book on EU leverage in the Western Balkans. She helps lead the Chapel Hill Expert Survey on the positions of political parties on EU-related issues, having added the post-communist EU countries and candidates to the survey. Vachudova was a British Marshall Scholar at the University of Oxford and has held fellowships from several institutions including the European University Institute, the National Science Foundation, the Center for European Studies at Harvard University, and the Center of International Studies at Princeton University.