Home / The Future Prospects for Immigrant Integration in Europe

The Future Prospects for Immigrant Integration in Europe

The Future Prospects for Immigrant Integration in Europe

Immigration is one of the most contested issues in contemporary European politics. Pro-immigration advocates highlight the economic and cultural dynamism that diverse immigrants from around the world can bring. However, anti-immigration activists criticize the economic and cultural changes that come with immigration, especially when they perceive those changes to be at the expense of native Europeans. Moreover, terrorism, ISIS, the economic recession, and the recent influx of refugees have all heightened the tensions and political stakes surrounding immigration. Populist parties are on the rise across the European Union, and appear set to only gain strength in the short term.

In light of all these trends, this roundtable of experts explored how recent developments have shaped the pressing issue of immigrant integration in Europe. 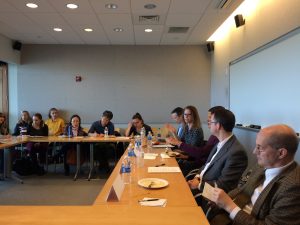 Sheri Berman on the left and immigration 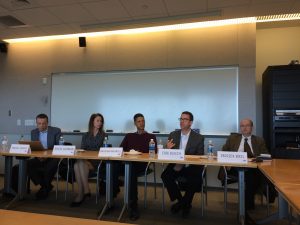 Guardian website links for all the recent articles about immigration and refugees (updated on an ongoing basis):

Erik Bleich. 2011. The Freedom to be Racist? How the United States and Europe Struggle to Preserve Freedom and Combat Racism. New York: Oxford University Press.

Patrick Weil. 2013. How to be French? A Nationality in the Making since 1789. Durham: Duke University Press.