This workshop and panel grapple with the fundamental question of how membership in the European Union influences the regime type of members and candidates – whether and how robustly they maintain democratic institutions and the rule of law, and how they interact with competing powers in the international system. Part II is planned for Fall 2021.

This workshop with Professor Milada Vachudova focuses on trying to understand how the EU shapes the quality of democracy in existing and candidate states at this difficult crossroads in its history – and how Russia and even the United States may be pulling them in a different, more authoritarian direction. It is also to unpack one of the key drivers of domestic political change: when and why political parties change positions, and when those changes lead to polarization that in turn undermines both the quality of democracy and support for European integration and democratic values.

For full titles and research interests, please see the descriptions in the Panel event section below.
Dominika Kruszewska
Harvard University
“Patriots or Partisans? Movements and Parties in Contemporary Poland.” 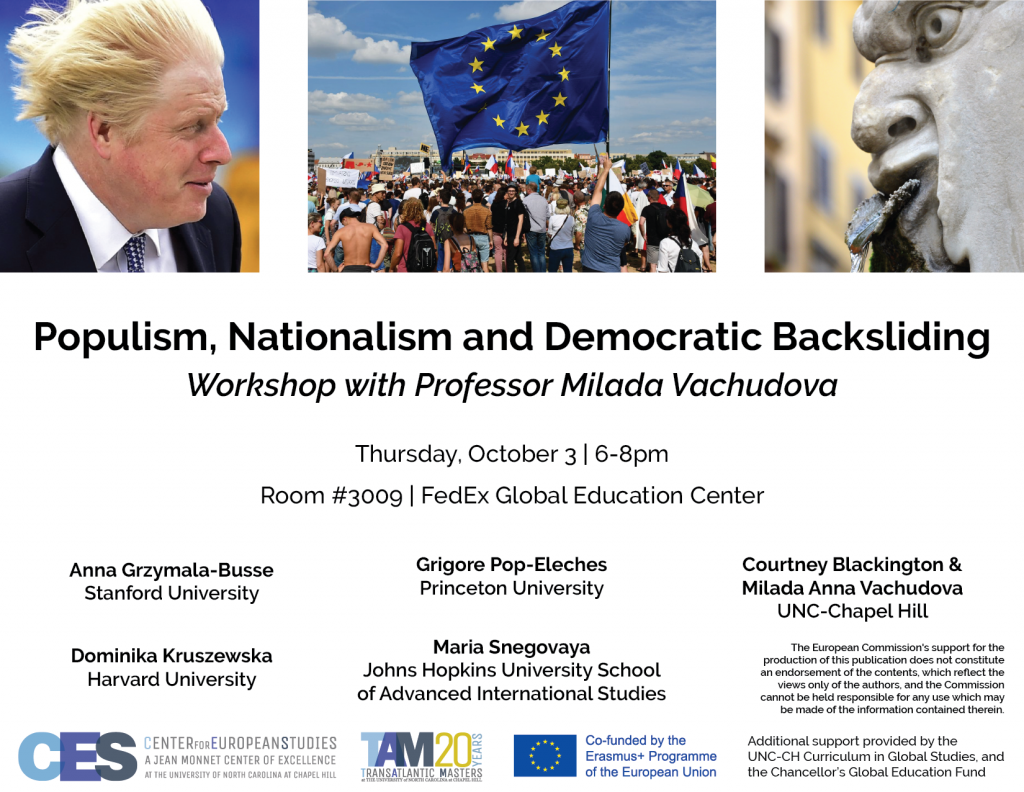 Anna Grzymala-Busse is a professor in the Department of Political Science at Stanford University. Her research interests include political parties, state development and transformation, informal political institutions, religion and politics, and post-communist politics.

Dominika Kruszewska received her PhD in Government from Harvard University in May 2019, where she was also a Graduate Student Associate of the Center for European Studies, Institute for Quantitative Social Science, and the Davis Center. During the 2019-2020 academic year, she will be a Postdoctoral Fellow in the Weatherhead Scholars Program at the Weatherhead Center for International Affairs at Harvard University. You can find more information on her background in her CV.

Grigore Pop-Eleches is Professor of Politics and Public and International Affairs at Princeton University’s Woodrow Wilson School of International Affairs. His main research interests lie at the intersection between political economy and comparative political behavior, with a particular interest in Eastern Europe and Latin America.

Maria Snegovaya is a a Post-Doctoral Fellow at the Johns Hopkins University School of Advanced International Studies, and an Adjunct Fellow at the Center for European Policy Analysis. She holds a Ph.D. in Political Science from Columbia University. Her research focus is the democratic backsliding and the spread of populist actors in East Central Europe.

The panel is moderated by Milada Anna Vachudova, Associate Professor of Political Science at the University of North Carolina at Chapel Hill. She specializes in the democratization of postcommunist Europe, the enlargement of the European Union, and the impact of international actors on domestic politics. 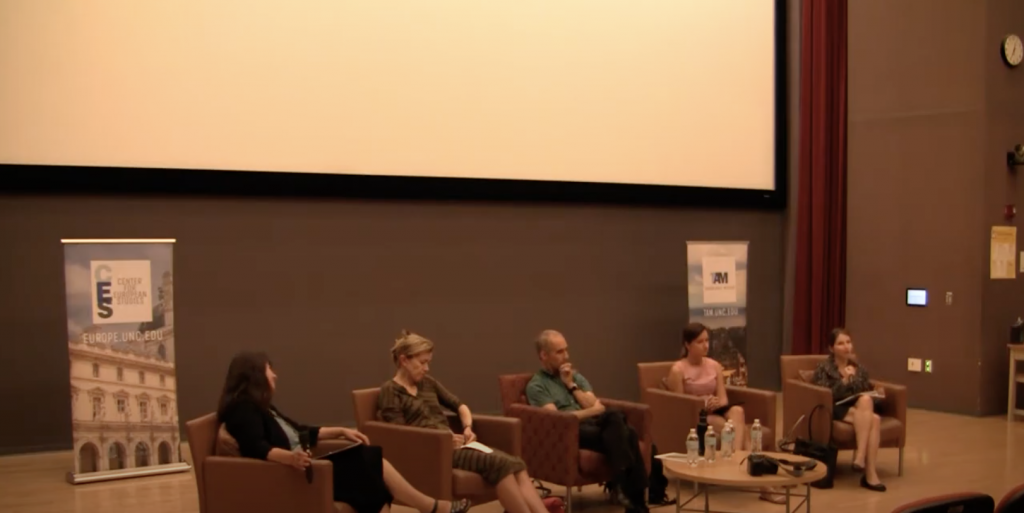 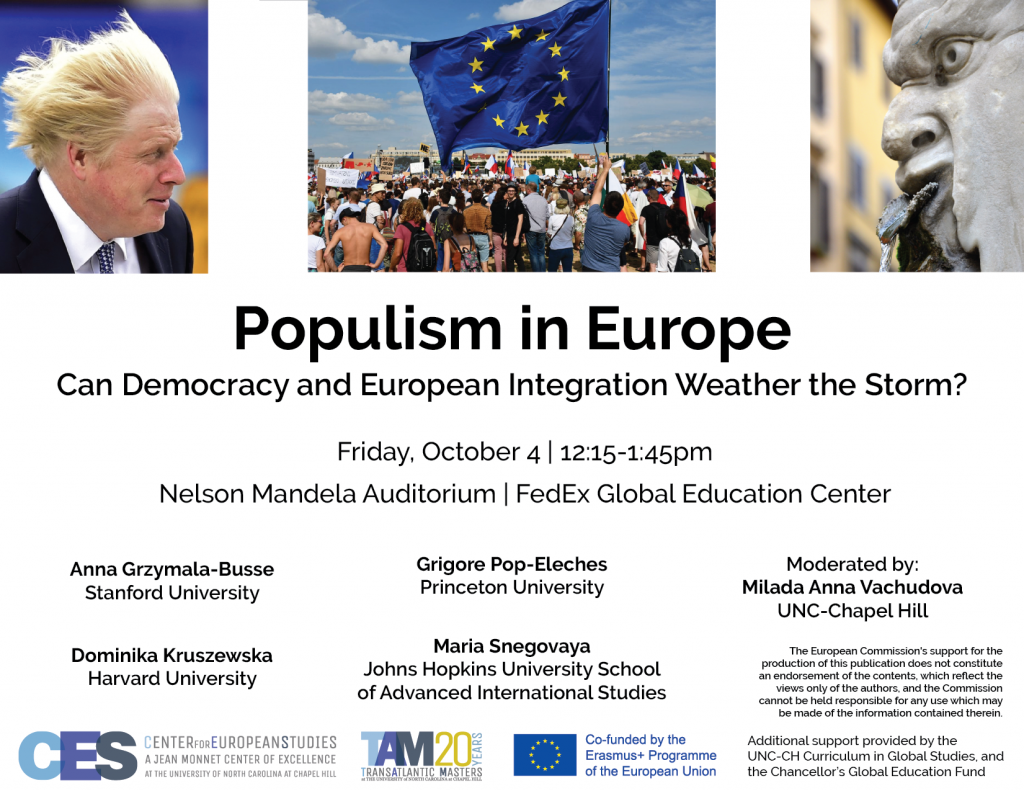 Please visit these guidelines for information on weeknight parking on campus.

These events are co-funded by the Erasmus+ Programme of the European Union, the UNC-CH Curriculum in Global Studies, and the Chancellor’s Education Fund.